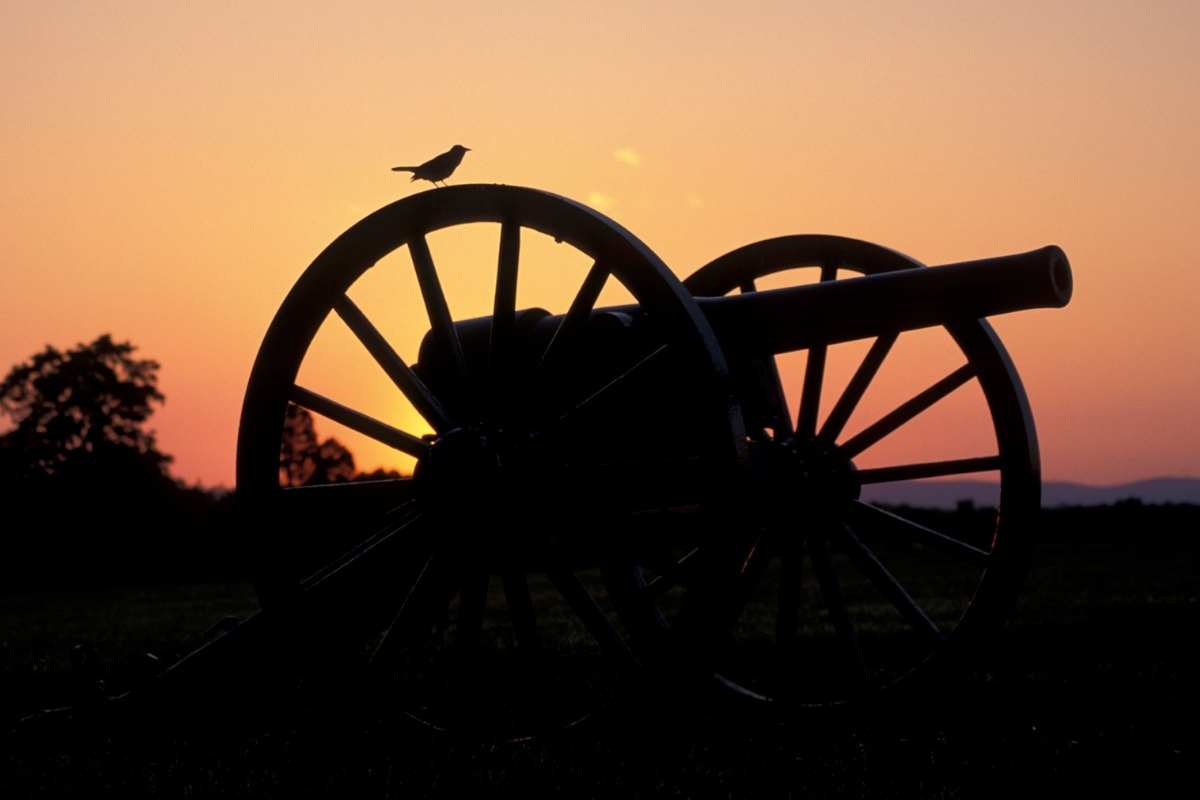 As a history buff, visiting Civil War Sites is a must. And Virginia has the BEST Civil War battlefields in the country (with the exception of Gettysburg, PA).

But there’s more to the Civil War than just battlefields: there are historic homes and other landmarks that are just as amazing. From Manassas to Fredericksburg and beyond, these historic sites are rich with history and offer a unique perspective.

They are beautiful, rarely crowded, and absolutely worth your time.

The best Civil War battlefields and other sites in Virginia

Our favorites? Stratford Hall to see the personal history of the Lee family, and Manassas battlefield park for stunning scenery.

Manassas National Battlefield Park is a historical site located in Manassas, Virginia. The park is best known for being the location of the First and Second Battle of Bull Run, also known as the Battle of Manassas. These battles were some of the first major engagements of the American Civil War.

During the first battle of Manassas, Confederate General Thomas Jonathan Jackson earned his nickname Stonewall after he successfully defended the flank of his army. The Union forces were eventually forced to retreat, and this victory helped to boost Southern morale.

Before or after seeing the battlefield, stop by the Henry Hill Visitor Center to learn more about that first conflict. The facility includes exhibits and a 45-minute movie that is very interesting and well made.

You may be familiar with the story of spectators setting up picnics to watch the battle. Of course, it turned out to be deadly and terrible, showing both sides that this war wouldn’t be quick or easy.

Manassas National Battlefield Park is one of the best things to do in Manassas and is a great way to learn about one of the most famous events in Civil War history.

A short road trip south on I-95 from Manassas is the Fredericksburg area, which is rich with American history.

The Battle of Fredericksburg was fought in the town itself. The major battle site in the park is the Sunken Road, where Confederate forces achieved a resounding victory over Union forces attacking across the Rappahannock River on December 13, 1862. (You can download a free audio walking tour of Sunken Road from the National Park Service here.)

Tip: Be sure to stop by Chatham Manor across the Rappahannock. You can see where Union troops build a floating bridge to gain access to the city of Fredericksburg. You can access the grounds of the manor for free. It’s also one of the best kid-friendly activities in Fredericksburg.)

(Note: there are a few major battles all in the immediate vicinity. Spotsylvania National Military Park encompasses Chancellorsville, Wilderness, and a separate Battle of Spotsylvania. They are all within easy driving distance of each other (under 20 minutes), but it can be a little confusing since they are all so close! This was a strange period of the war. Confederate troops and Union soldiers met many times in this area within a short period of time.)

The Chancellorsville Battlefield is a historical site located in Spotsylvania County, Virginia, which is just a few minutes west of Fredericksburg. The site preserves the location of the Battle of Chancellorsville, fought from April 30 to May 6, 1863.

This battle was significant because it was the first time Confederate General Robert E. Lee successfully invaded the North, and it was also the only battle in which Stonewall Jackson led troops in combat.

4. Battle of the Wilderness

The Battle of the Wilderness was fought on May 5-7, 1864, in Spotsylvania County, Virginia. The battle was the first major clash between General Robert E. Lee’s Confederate Army of Northern Virginia and General Ulysses S. Grant’s Union Army of the Potomac and resulted in more than 100,000 casualties.

5. Richmond: Capital of the Confederacy

History lovers will find many stops in bustling Richmond City, located approximately a couple of hours south of Manassas. It was a major target in the Confederate war. Richmond National Battlefield Park is a site where a union battle nearly captured the Confederate Capital. The northern part of the world ended the Cold Harbor Battle, which shattered General Ulysses S. Grants’ hopes of getting back to the city.

Visit the home of Robert E. Lee, the General who lead the Confederate Army. Tour the grounds and learn about his life and how it was shaped by the Civil War. Stratford Hall (built before the American revolution) is a National Historic Landmark that has been preserved to show what life was like in the 1800s.

Stratford Hall has gorgeous grounds and a beautiful interior. Located an hour east of the four battlefields of Spotsylvania, it’s a hidden gem for history buffs.

April 9, 1865 is a day that will forever be remembered in the United States. It was on this day that General Robert E. Lee surrendered to Union General Ulysses S. Grant at Appomattox Court House and effectively ended the Civil War.

The Appomattox Court House National Historical Park preserves the site of this surrender and offers visitors a glimpse into what life was like during this important moment in history.

The Petersburg National Battlefield was situated in Petersburg, Virginia just outside Hopewell. Petersburg battlefield lies in Central Virginia not far away from Richmond and has excellent accessibility in several directions. The site offers numerous opportunities to see the historical battles and learn from its people. Park located in Battlefield provides junior ranger training to engage kids to experience Petersburg’s history and culture.

What famous battlefields are in Virginia?

It depends on what you mean by famous. Certainly, the Battle of Bull Run is famous, but the others may not be as well known to the general public.

Can you visit all the battlefields?

Most of the battlefields are preserved by the National Park Service and can be visited. Others are not open to the public, if they are are now partially on private property, but there is usually a visitor center nearby with information about the battle.

Don’t forget that Virginia often has re-enactments and other events, but they do not run year-round and you have to check dates.

Civil War Sites in Virginia are a must-see for history buffs. The sites provide visitors with a unique and powerful perspective on the Civil War, one that is often forgotten about or misconstrued by modern-day society. This article has provided the best Civil Wars Sites to visit in the beautiful Commonwealth of Virginia.

16 Fun + Delicious + Relaxing Things to Do Near Luray Caverns